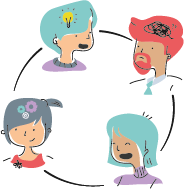 Making Feedback WOW rather than OW

Giving feedback or having a ‘difficult conversation’ is often one of the most challenging and anxiety inducing aspects of being in the workplace. Over the last few months, I have been trying to change my mindset about giving bad news or negative feedback. Now I try and place the focus on how we can solve the issue together rather than simply dumping the negative feedback on the other person. The impact and outcomes of this has been really powerful.

So how can we re-frame the way we give feedback, so it feels less ‘OW’ and more ‘WOW’ to the person on the receiving end?

Consider the type of person you are

One of my favourite ways to look at feedback is by Sheila Heen. Sheila is author of ‘Thanks for the Feedback’. In this video she explains how the type of person you are, will affect how you give feedback to others. And sadly, that may not be the right way for them to receive it. 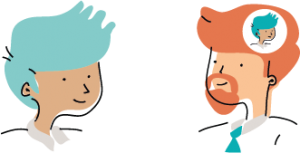 When receiving feedback from me, someone with that ‘type’ of personality may be sitting there tapping their fingers asking me to “get on with it already!”

Another thing to consider is just how much feedback you give. If someone asks for feedback on their work performance over the past 6 months, it might turn into a 2-hour overwhelming session. But if give one piece of feedback on a regular basis, your feedback will be more succinct, specific and helpful.

Be aware of triggers

Often there are things that trigger us when we receive feedback, so it’s important to keep them in mind when we are the ones that are giving the feedback.

Don’t be too vague – If you are too vague, then the other party may feel that the feedback is unfair as you can’t pin point anything in particular – so be specific.

Consider who is giving the feedback – Relationship is important. If there isn’t a good relationship between the parties then the person receiving feedback is going to find it hard to respect or entertain the feedback being given. Are you the right person to give the feedback?

Consider key qualities – If you are giving feedback to someone who is known for their attention to detail for example, and you make a big issue out of a time when this didn’t happen, you are potentially going to crush a quality that they are proud of and the feedback won’t be received well or possibly accepted.

The Three Circles of Feedback

Patsy Rodenburg is a well-known acting coach and has developed a concept called the ‘second circle’ when working with actors. If she directs actors to play a character in first circle, they know they need to be passive, withdrawn and unengaged. If she asks an actor to play a character in third circle, they might play it very grand or perhaps aggressively. However, if she asks them to play the character in second circle, they know they need to be fully present. You can apply the same theory to how we give feedback. Massive thanks to @Anj Jowitt for introducing me to this way of adapting this model. Below are examples from some of our training participants of how each circle can look when you are on the receiving end of that type of feedback.

Finally, one of my most favourite frameworks for giving feedback is the DESCCO model. I like this approach because it has its origins within coaching and lends itself very well to being in the second circle of feedback. It stands for:

Specify the change that is required

Consequences of that change

OK – draw a line under the feedback

How do you find giving feedback and are there any other models that you like to use?

Sorry, the comment form is closed at this time.